THE ROAD TO KOLOB CANYON

ON THE ROAD AGAIN

Our last two days have been spent exploring Zion National Park from end-to-end.  Day 5 showed us how violent the weather here can be.  Our long-anticipated Narrows hike was thwarted by closure due to flash flooding.  After visiting Weeping Rock and the Riverside Trail instead, we noticed a distinct change in the wind which we’ve come to know means a serious storm is approaching.  Within seconds of boarding the shuttle the skies opened with violent rain, hail, thunder and lightening.  Leaving the park we saw an incredibly huge torrent of water, mud and debris burst through the walls of one of the canyons.  Unfortunately the police kept us moving so this D50 “grab-shot” was the best I could do as we rode by.

Fortunately our final day in the park was one of the most beautiful we’ve seen, and the sights lived up to the weather.  We explored both Kolob Terrace Road and Kolob Canyon.  To reach these areas you actually leave the park for quite a while and then re-enter on the north end.  It’s more remote and visited much less often, but is just as spectacular as the main canyon and presents lovely photography opportunities both in the valley below and within the canyons. 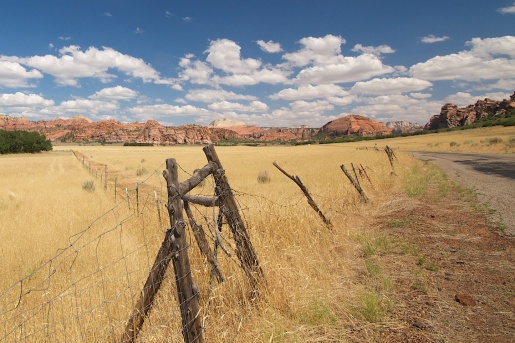 And as I close the chapter on Zion, a few shots of the canyons. 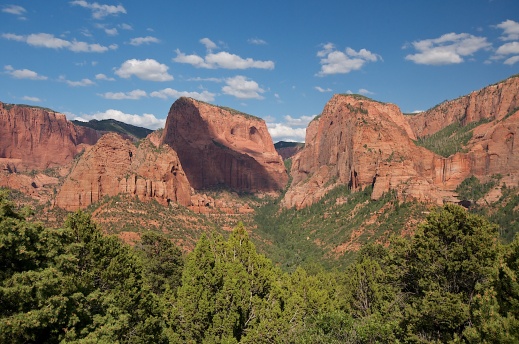 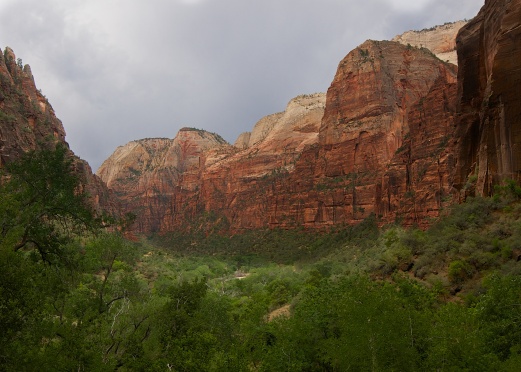 Tomorrow we leave for Portland and a few days of city life before we begin our next adventure.  In the meanwhile watch for my next post for a glimpse of the humor of the west 🙂

7 thoughts on “Zion National Park, The Kolob Canyon, Days 5 and 6”