“Mystique saturates, gluts the air,
Adventure’s even more than rare. ”

This week, Michele has challenged us to illustrate “Saturation”, which I’ve chosen to do through the colorful women of China’s ethnic minorities.

There are 56 different ethnic cultures in China, each of them with their own colorfully-saturated costumes and unique dialects.  Although some 90% of the people are Han Chinese,  the other 10% are an interesting study of preserving heritage in the face of modern challenges. 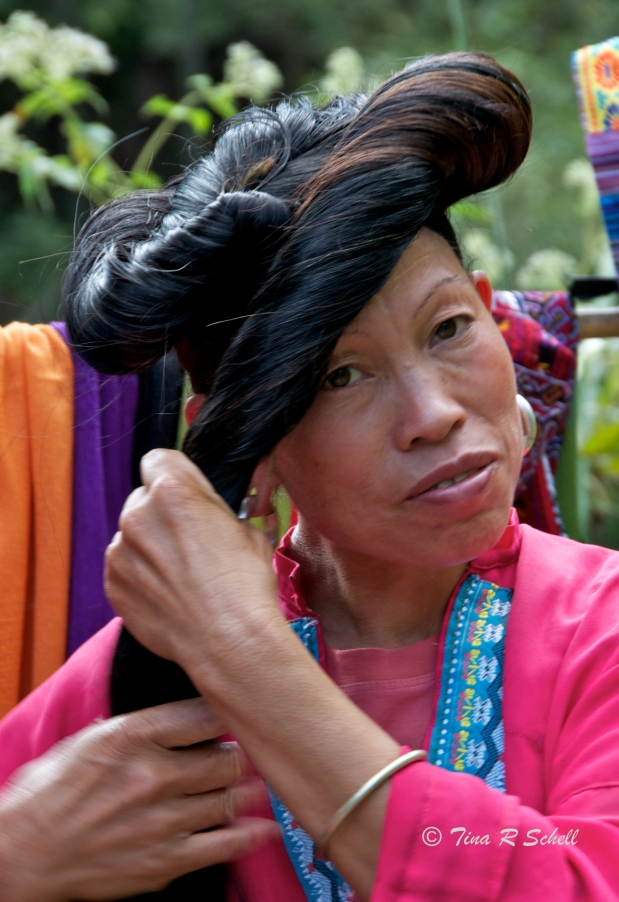 “Saturate yourself with your subject and the camera will all but take you by the hand.”

For example, Yao women, such as two above, cut their hair only once in their lives, at the age of 18.  They keep the long, cut piece and add it to the rest of their hair, which reaches down to their feet in many cases.

“Strange how one person can saturate a room with vitality. ”

In Tibetan culture everyone participates in working the fields, whether they have children or not.  The woman above shows the real meaning of “working mom”, while the one below does a fine job of shepherding the family flock.

“Silence: my response to both emptiness and saturation.”

In the Bai culture, although the young women dress very colorfully, older women choose to wear darker tones like black and purple.  The lovely ladies below were happy to have their photo taken as long as I was willing to give them “editorial privileges”, and to keep shooting until they were happy with my results 🙂 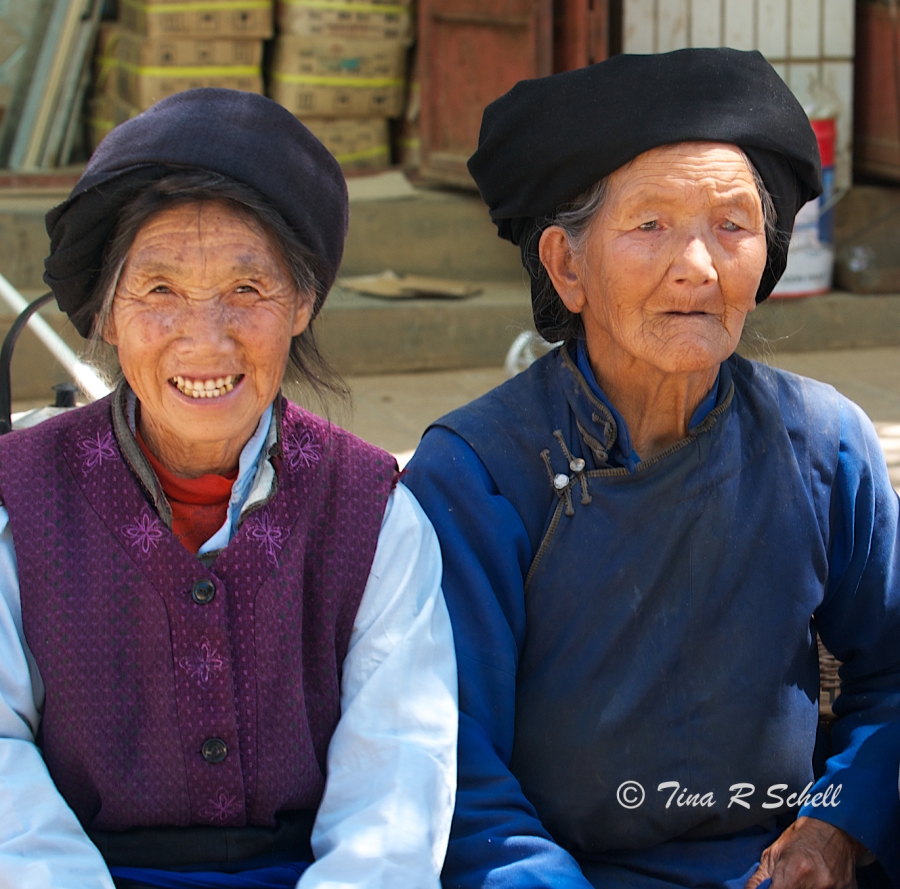 Below, the more typical costumes of younger Bai.  Interestingly, the position of their tassels tells whether they are married or single, and each of the colors in their hats signifies a key element of their culture. 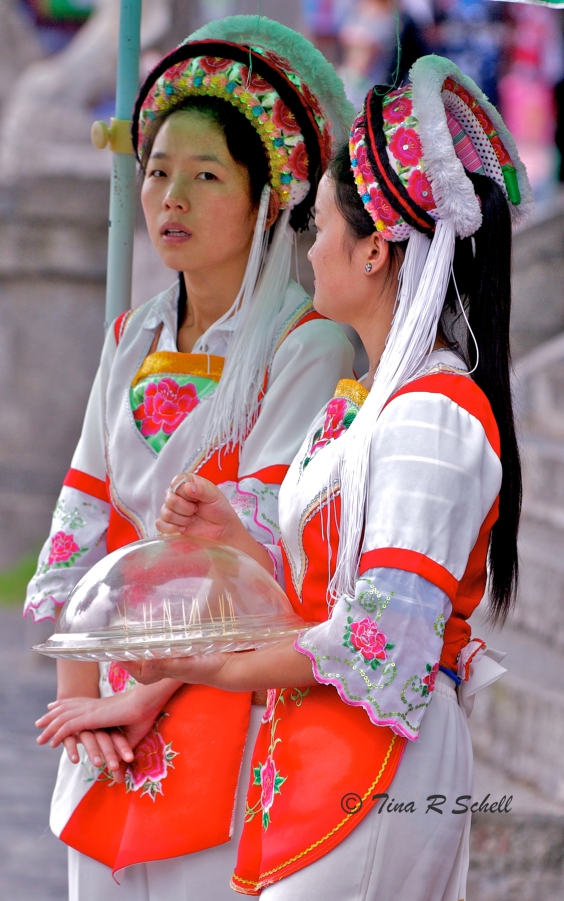 “The sun rose, the moon saturated the night sky with its silver light and the stars blazed, indifferent to the events happening below.”

The Naxi tribeswomen have a very interesting perspective.  Until about 10 years ago, their husbands would leave for 6 to 9 months to travel a very dangerous trade route on the “Tea-Horse Road”.  While they were gone, the women did all of the work.  Once they returned, the women were so glad they had come back safely, they continued to do the work and completely pamper their husbands.  This tradition continues today, even though the Tea Horse Road is no longer in use.  Naxi women do the vast majority of the work while the men live in “Male Paradise”, playing games and whiling away their hours.

“We are shaped by what we’re saturated in, which is why incarnation must always be paired with devotion.”

Everywhere we went in China we met friendly, hard-working women, both Han and minority.  Here then, a tribute to some of the beautiful female faces of China: 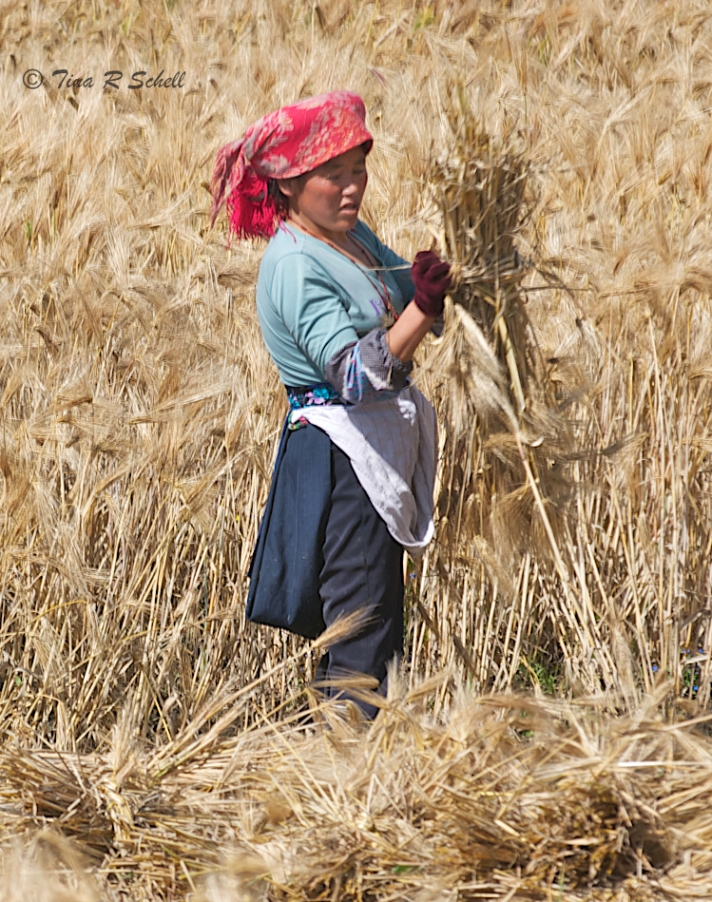 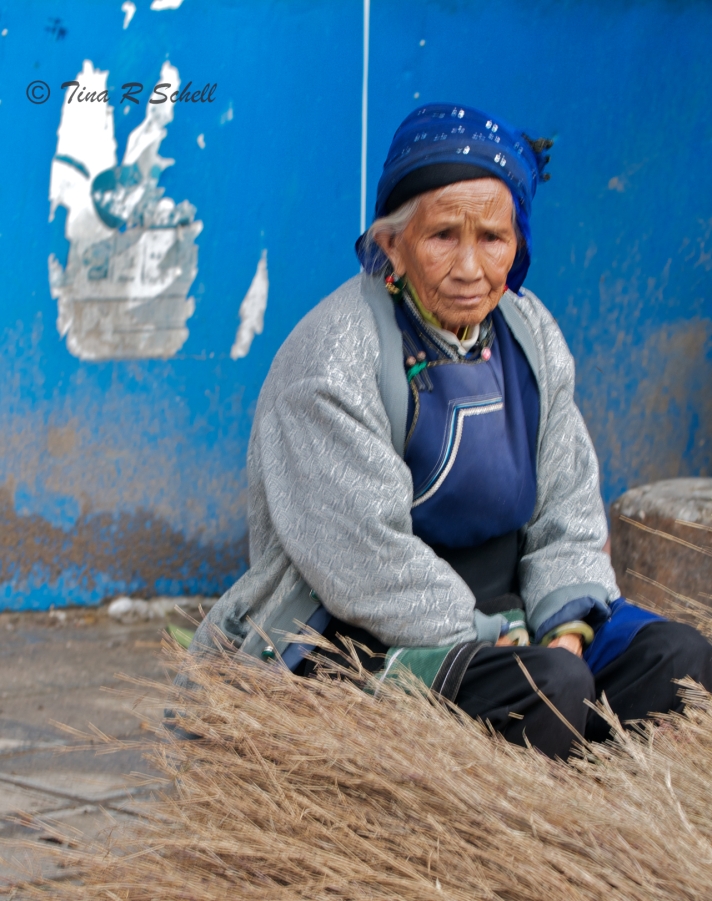 “The effort of the genuine spiritual seeker should be to cultivate love until the mind becomes saturated by it.”

Although all of the ethnic minorities and the Han majority speak different languages, over the centuries they have developed a “local language” which allows them to communicate with one another.  In this way they preserve their unique heritage but also inter-relate successfully.  Perhaps we could learn a bit from them there, no?

Thanks to Michele for her interesting challenge.  To experience more Saturation,  click here.