“It’s amazing how photography can capture just a split second of something exquisite.” 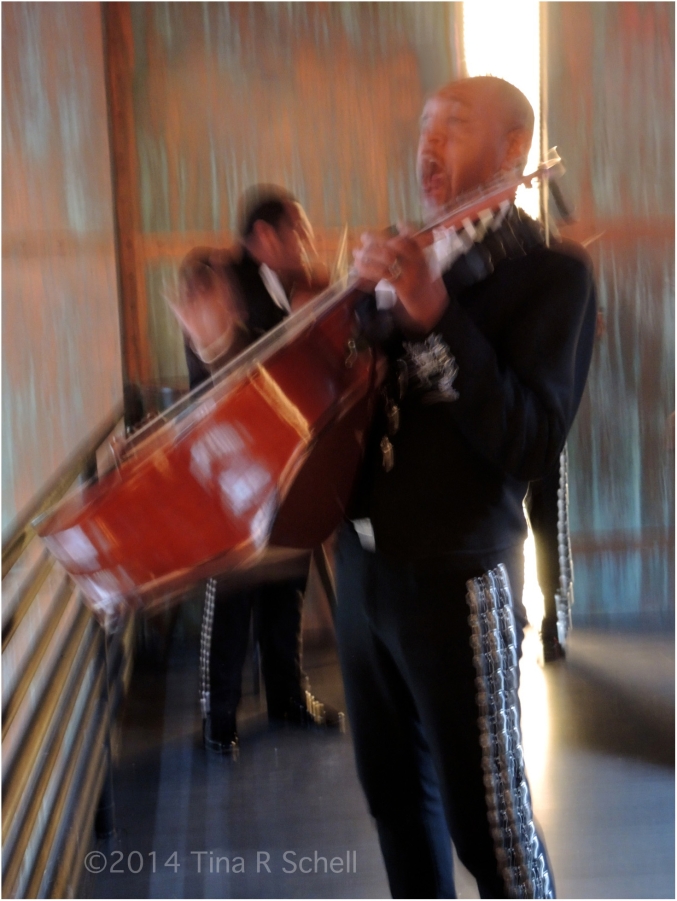 The thing about photography, and about art in general, is that’s its very personal.  This week, we’ve been challenged by Shane to post a single photo that tells a story. In the shot I’ve chosen, I feel the joy of the musician, the happiness of the moment, and the rhythm of the music comes shining through. The shot is another example of my love of impressionism, which may not be your cup of tea, but somehow it speaks to me.

Those who follow me know I was at our friends’ daughter’s wedding in Austin, TX last week. The capture above, and those that follow, were taken at a Mexican-themed party the night before the main event. 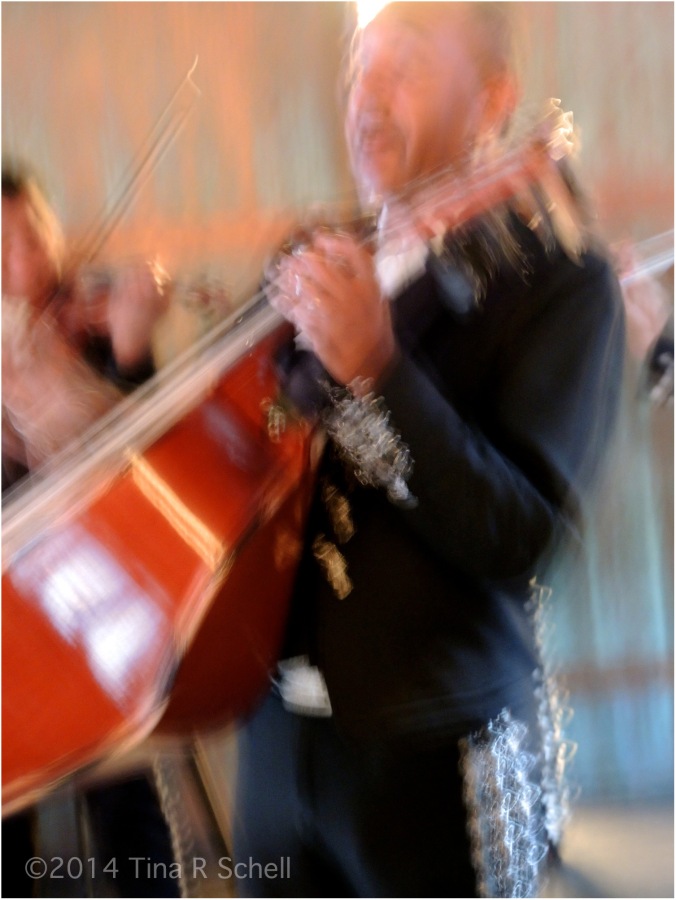 “Every mistake has a halfway moment, a split second when it can be recalled and perhaps remedied.”

I had decided not to travel with my trusty Nikon D/300s and instead took my little Nikon point-and-shoot.  Although it performed well, in the very dim light of the party’s venue it wasn’t quite up to the task of capturing the band.  When I saw the result of my first photo in the camera, it occurred to me that this was a time to turn lemons into lemonade.  I loved the look of the out-of-focus singer in motion, so I set out to capture a few similar shots to make a series. I think my first capture achieves the goal of telling the story through a single shot.  But since I visualized this as a series, I’m including several that I felt worked best as a group. 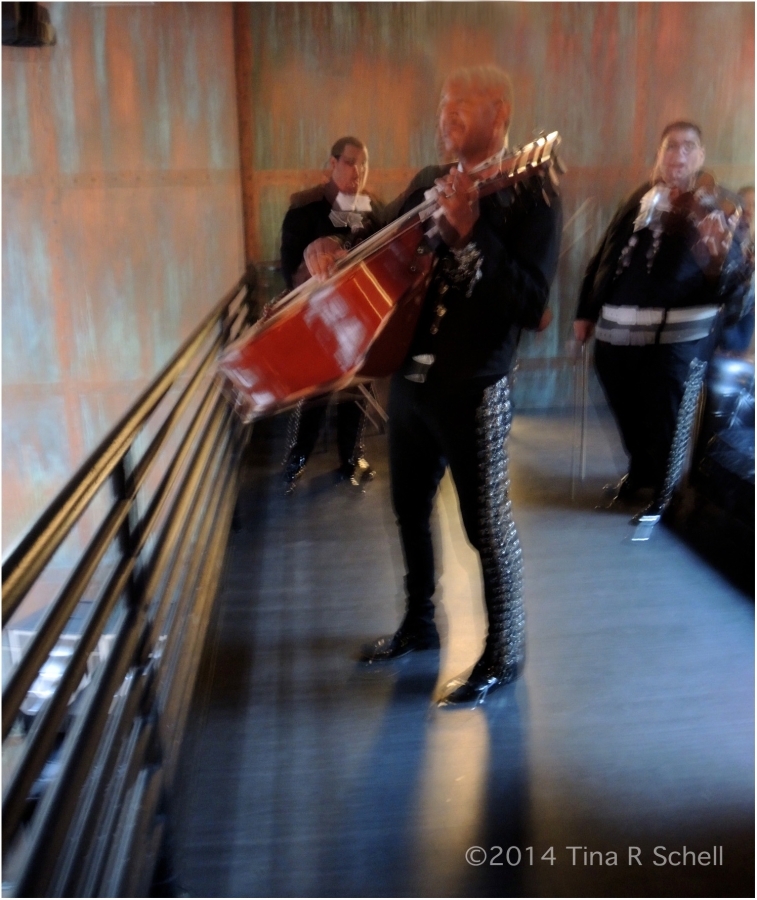 “It only takes a split second to smile and forget, yet to someone that needed it, it can last a lifetime.”

Are you a fan of artistic creativity or are you a traditionalist? For those who find traditionalism more interesting, I offer my final capture. Here, the guitarist has stopped moving to pose for my camera. He was quite the ham and seemed to enjoy his moment in the limelight. For me, the movement in the earlier photos makes them more interesting, that somehow they do a better job of telling the story. Sure, I could have increased my ISO or used Shutter speed mode to capture the motion without blur, but personally I prefer this approach. But then, that’s why there’s vanilla and chocolate, right? 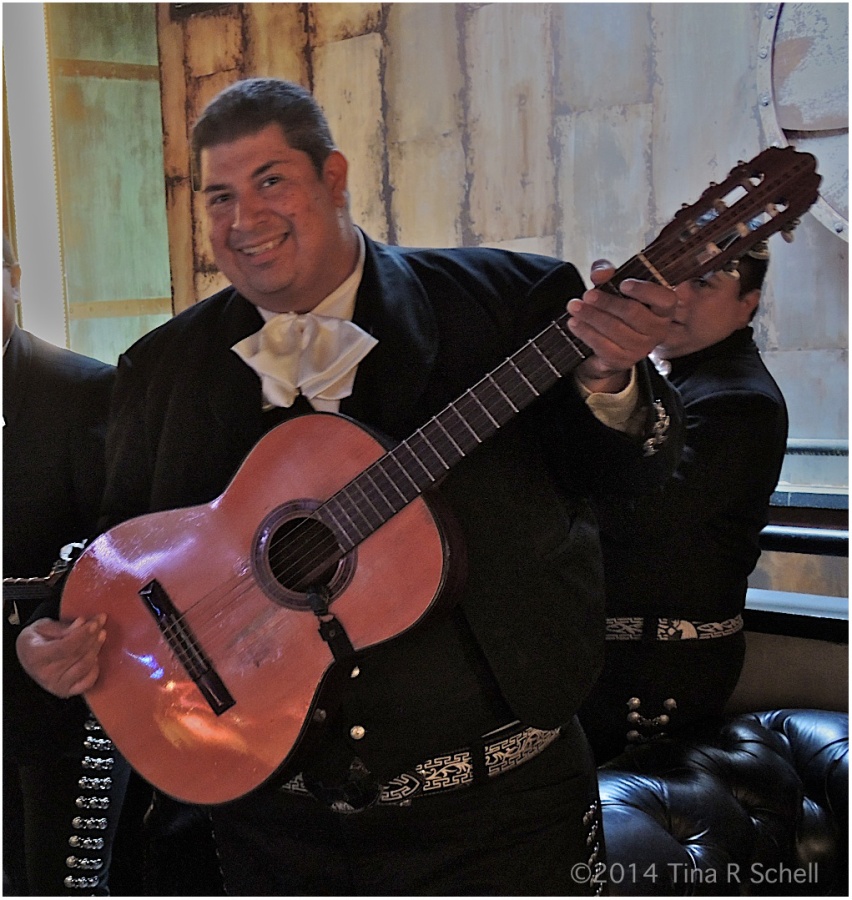 “One tiny decision can change a life. A decision that takes only a split second to make.”