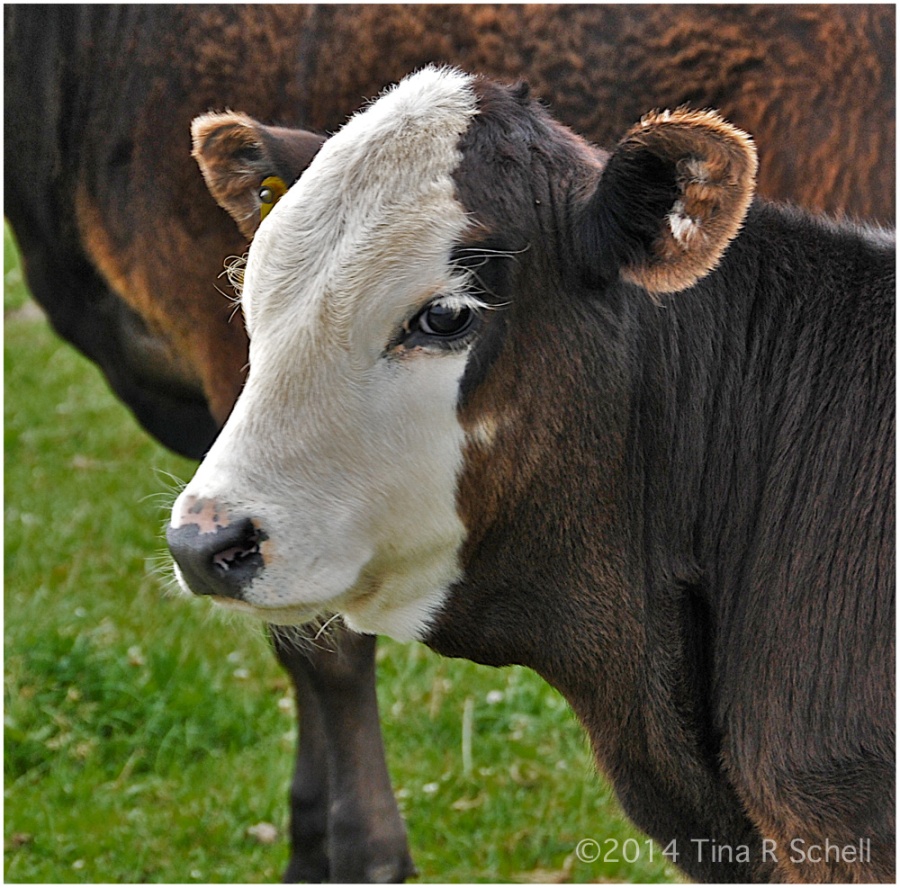 This week my husband and I spent several days in Asheville with good friends at their home in the mountains of North Carolina. On Saturday we took a fun hike which eventually led to a beautiful open meadow – whereupon we came across a herd of cows. I’m not sure who was more surprised, the cows or the hikers :-), but they proved to be perfect subjects for this week’s photo challenge “Contrast”.  Do you suppose the little fellow above will someday deliver milk in chocolate or vanilla?!  And what about the sweet-faced, big-eared baby below?

“When I encounter a sunrise, a painting, a woman, or an idea that makes my heart bound like a young calf, then I know I am standing in front of happiness.”

Contrast can be seen in many ways – some much more serious than others. But for this week’s challenge I’ve taken a literal and somewhat light-hearted approach. Below, a contrast in both size and age. 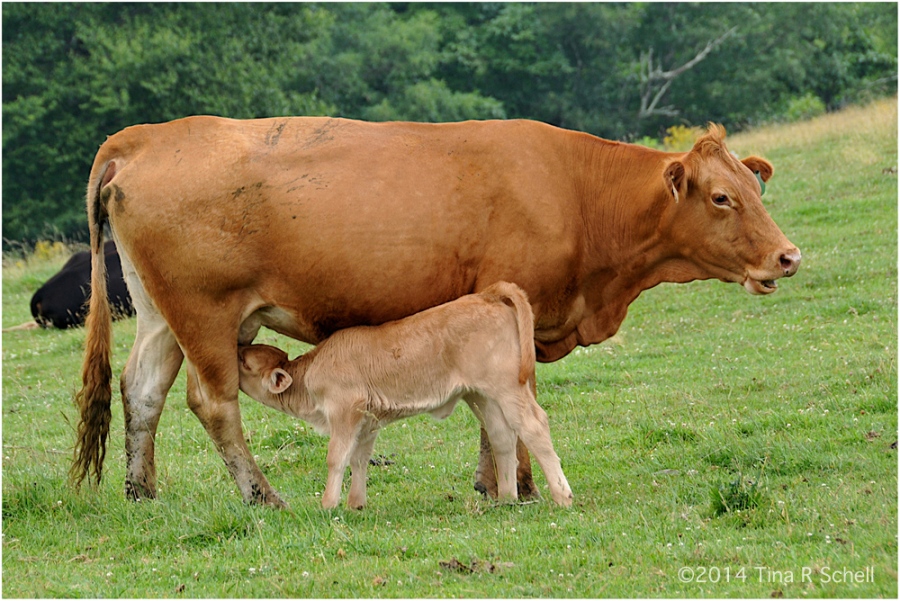 “As for butter versus margarine, I trust cows more than chemists.“

We saw several calves nursing, and were surprised at how large some of them were.  I suggested that they were obviously La Leche cows :-). Here, a stark contrast in color as well as size.

The cow is of the bovine ilk; One end is moo, the other, milk.

The smallest calves we saw were these young siblings happily playing in a field of flowers.  How sweet of them to stop and pose for me, their caramel-colored coats contrasting nicely with the yellow buds. 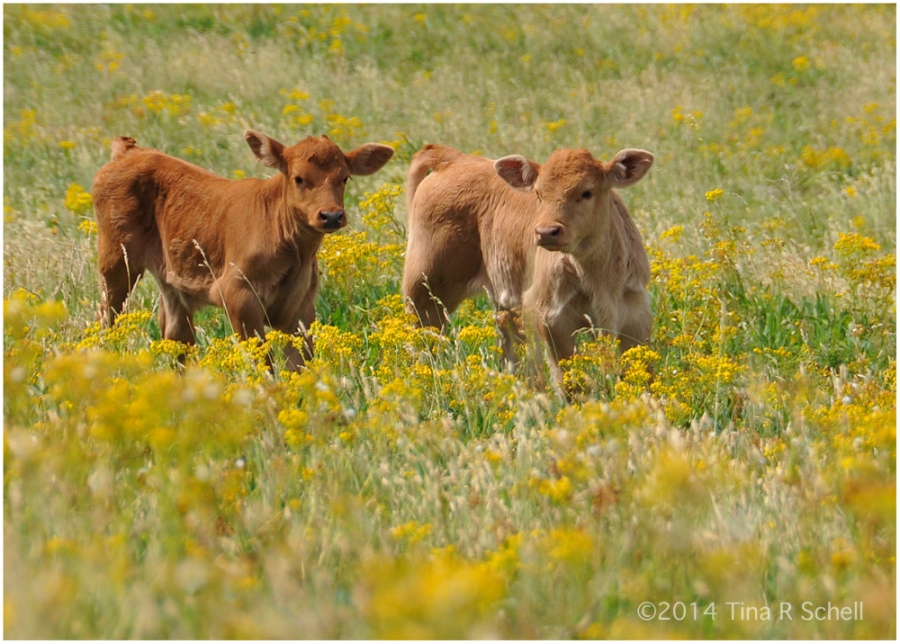 “Now I’ve a sheep and a cow, everyone bids me good morrow.”

There were other examples of contrast in our hike, not the least of which was the contrast between the bright green of the leaves against the dark of the forest we’d just exited – or the golden grasses contrasting that same bright green.

But as unexpected as it was to come upon the cows, the shot below captures the biggest surprise of the day. Of course we all wondered what had happened to the owner. Had he walked away bare-footed? Surely not if the cows were anywhere nearby, as the evidence of their very efficient digestive systems was everywhere; just waiting for one misstep to ruin the day!!

“Unmitigated seriousness is always out of place in human affairs.”

94 thoughts on “Cows in the Country – Weekly Photo Challenge: Contrast”