“Be ashamed to die until you have won some victory for humanity.”

Last week I responded to the “Adventure” challenge with some favorite wildlife photographs from our African safari.  It seems only appropriate then, that I respond to this week’s “Humanity” challenge with some favorite captures of the people we encountered on that same journey. Above, the expression on the face of a fisherman in Cape Town reflects the challenge of a difficult life. On the other hand, his son’s smile exemplifies the carefree exuberance of youth. A family that could be found anywhere in the world, demonstrating a classic parent/child dynamic.

After capturing the father and son, I was compelled to photograph the mother, seen below. What do you suppose was on her mind as I caught here in such serious thought?

“The ‘norm’ for humanity is love.”

We also visited a local community nearby, where my attention was drawn to this scene.  I felt the woman’s pose within her environment told an eloquent story. 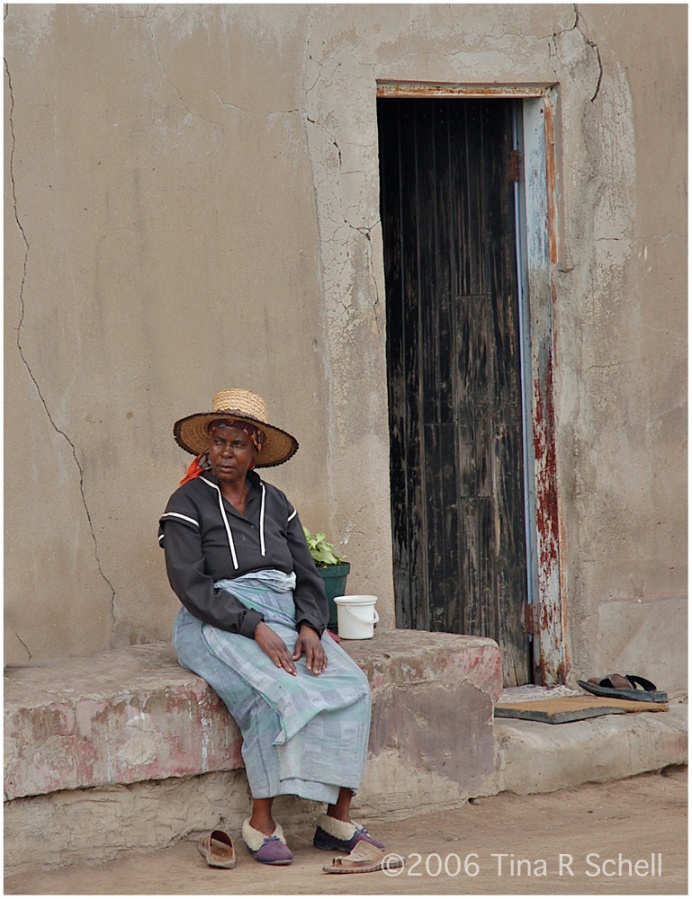 “No matter what is happening in the world, I continue to believe in humanity.”

We spent several hours with some local children in a nearby school.  Here, two of the wide-eyed students observing us as we observed them.

“Love and compassion are necessities, not luxuries. Without them, humanity cannot survive.”

After school, we saw three young friends experiencing the joy of finishing the day’s work.  Although it could be anywhere USA, this happy group of kids is headed home from school in South Africa. 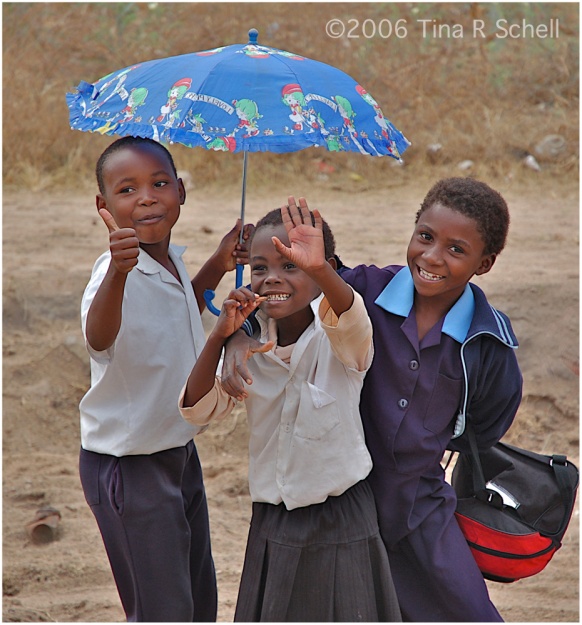 “What sunshine is to flowers, smiles are to humanity.”

During our community visit, some of the residents graciously shared with us their customs and daily chores. Below, a woman who taught us how grains are processed to make one of the staples of the local diet using the long pole she handled so deftly. Several of the more adventurous among us sampled the fruits of her labor 🙂 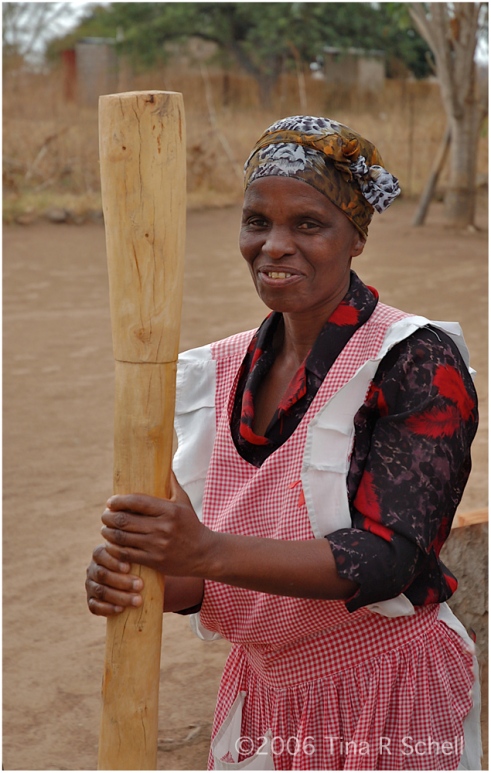 Finally, one of my favorite people of all time, our guide in Botswana, Ezekiel. Full of life, exuberance, joy and love, Ezekiel introduced us to the glory that is Africa. His smile never dimmed, his knowledge of the land and the beautiful creatures who inhabit it led us to love it as much as he did –  gift for which I will be forever grateful.

A famous quote by Maya Angelou seems particularly appropriate for this week’s challenge. “Perhaps travel cannot prevent bigotry, but by demonstrating that all peoples cry, laugh, eat, worry, and die, it can introduce the idea that if we try and understand each other, we may even become friends.” Words to travel by, don’t you think?