“I like the night. Without the dark, we’d never see the stars.”

One of my favorite things about the photo challenges is that they incent me to revisit my archives, often times coming upon photos I’ve not seen for a while. The shot above, for example, was made during a class last year on “painting with light”. I remember distinctly that the evening was much colder that most on Kiawah, and I was trying to shoot wearing gloves – always a challenge . It was a fun class that I really enjoyed while learning quite a bit.  In the first shot we used no additional lighting and focused on capturing the evening’s stars. By comparison, in the second we used a flashlight to illuminate the gazebo, which then became a more prominent element of the composition. Personally, although I enjoyed playing with the light,  I prefer the first shot; how about you?

EVENING AT THE GAZEBO

“I have loved the stars too fondly to be fearful of the night.”

In the bridge shot from Shanghai which follows, the lighting was already in place and the two stargazers offered an interesting compositional element. How nice of them to stand perfectly still without even being asked 🙂 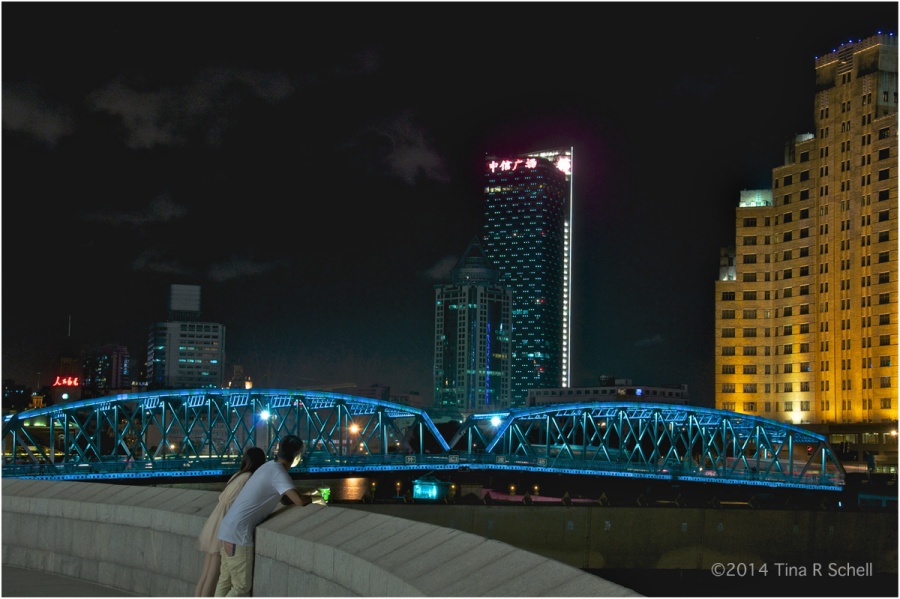 “The darker the night, the brighter the stars.”

After Shanghai we visited Hong Kong, where we were told of their marvelous nightly light show. Challenged by the size of the crowd (all of whom had obviously heard the same thing) I was determined to find an open spot for my tripod that would allow an undisturbed shot. Fortunately my husband is a tall and determined guy, and was able to help me maneuver into position for the capture below. For more night shots of both Shanghai and Hong Kong, visit my post here.

“Listen to the music of the night.”

Finally, two shots taken several years ago in beautiful Dubrovnik. The first was taken from my hotel window with the camera positioned on the sill. I was enamored with the red rooftops and the outstanding quality of the evening’s blue light. By comparison, the second was taken on a moody, lamplit, cobblestone walkway. I liked the effect of the blur, which I thought added to the feel of the composition. 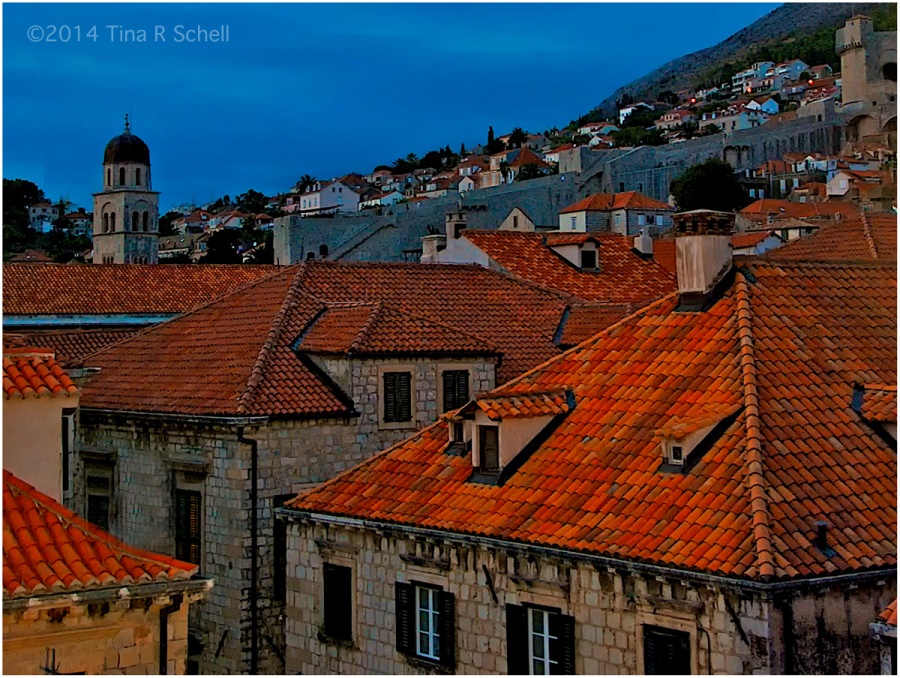 “The night shall be filled with music,
And the cares, that infest the day,
Shall fold their tents like the Arabs, and silently steal away.”

This week in particular, it is important for me to remember that the darkness does indeed help us to appreciate the gift of light. I offer a huge thank you to my family and friends – all of whom are part of that very light.  I also thank Ben for his timely reminder.  To see the nights of some other bloggers, click here.