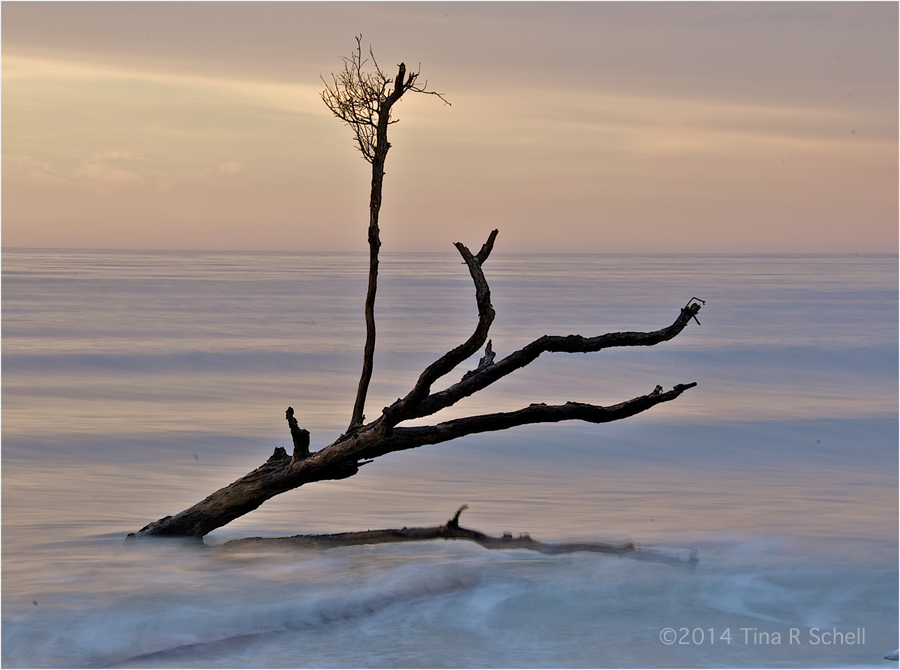 I was happy to see Jeni’s “Minimalist” challenge this week, as it works nicely with an expedition I made just a few days ago.  About an hour south of my home there is an area known as the Ace Basin.  Its 1.1 million acres include nature preserves renowned for their pristine landscapes. The current issue of National Geographic features an interesting article on it, including beautiful photography by local professional Vincent Musi.

I made the captures above and below in the hour following sunrise last Thursday. I thought they were a good match with Jen’s minimalist definition:  “a large portion of negative space, a monochromatic color palette with good contrast, and an interesting subject.” 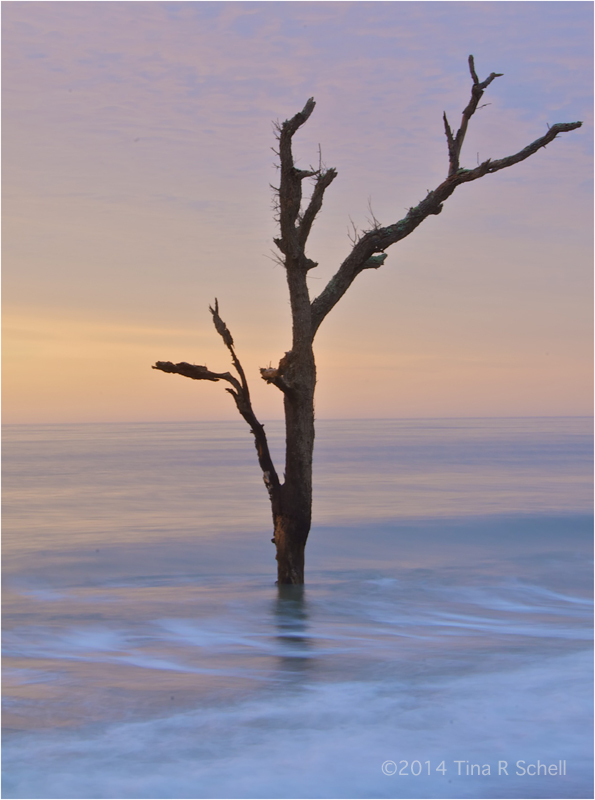 “I am a minimalist. I like saying the most with the least.”

One might think from those shots that sunrise was fairly docile that day, but that would be SO wrong! My commitment to a 4am wake-up call waivered a bit when the weatherman forecast overcast conditions and a chance of showers,. The cold front was due late in the day though, so there was also a chance for an interesting sky. Although risky, the decision was…GAME ON! How did it work out, you ask? Well it was one of the most spectacular light shows I’ve ever seen, with colors amazing enough to make you cry. I had about 40 minutes to shoot the incredible display before the clouds converged and created a simple blanket of blue-grey (captured above) that eventually dulled to a dreary, flat monotone sky. But what a display it was while it lasted! 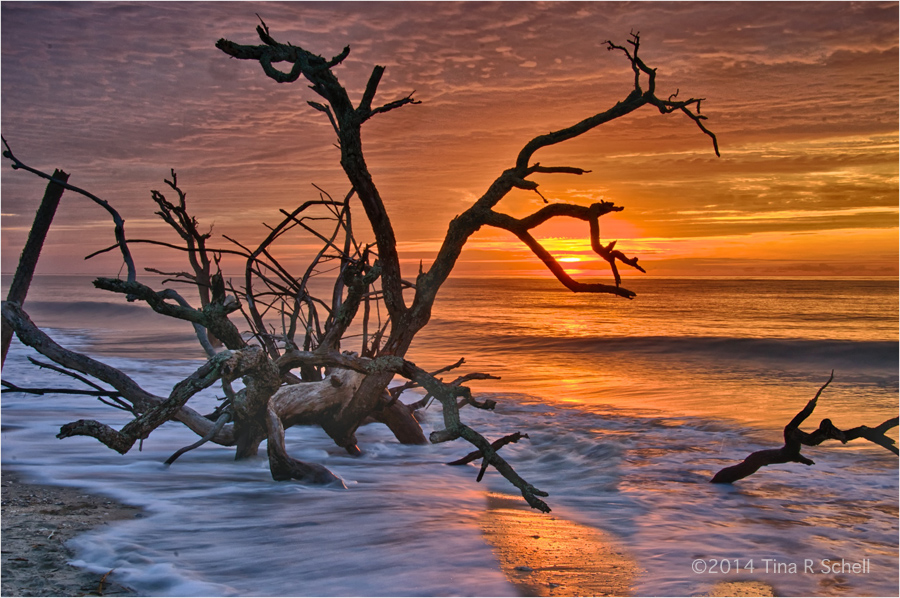 “Minimalism is the intentional promotion of the things we most value and the removal of anything that distracts us from it.”

I made these captures in an area know as Bone-yard Beach within the Botany Bay preserve. It’s an incredible spot where at high tide many of the oak and palmetto trees that border the beach end up at least partially beneath the waves. Because of the area’s geographic orientation, the best opportunity for compelling compositions is once or twice each month when sunrise coincides with peak high tide. As such, outings must be well-timed, and Mother Nature needs to be at her most cooperative. 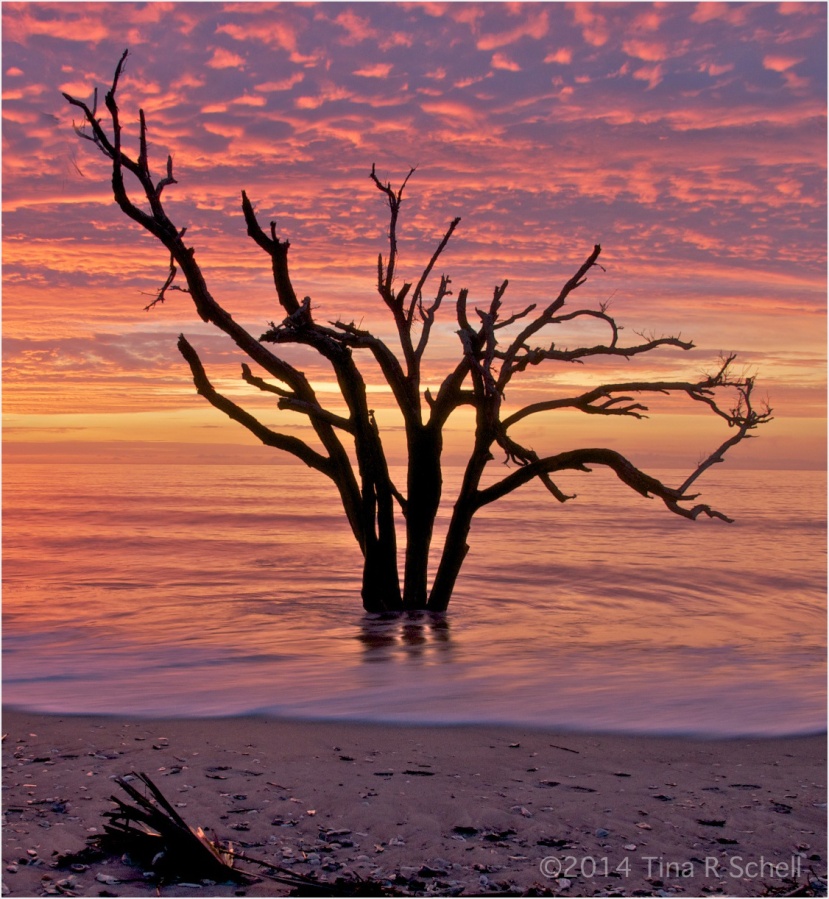 “Minimalism is the new extra mile.”

I laughed when I told my husband the story of the shoot. As he and others who know me understand only too well, I am NOT a morning person. My feeling is that Mother Nature knew how miserable I’d have been if I’d gotten up at that hour and driven that far only to shoot a boring sky.  They say don’t fool with Mother Nature, but I think in this instance, Mother Nature decided not to fool with ME 😊 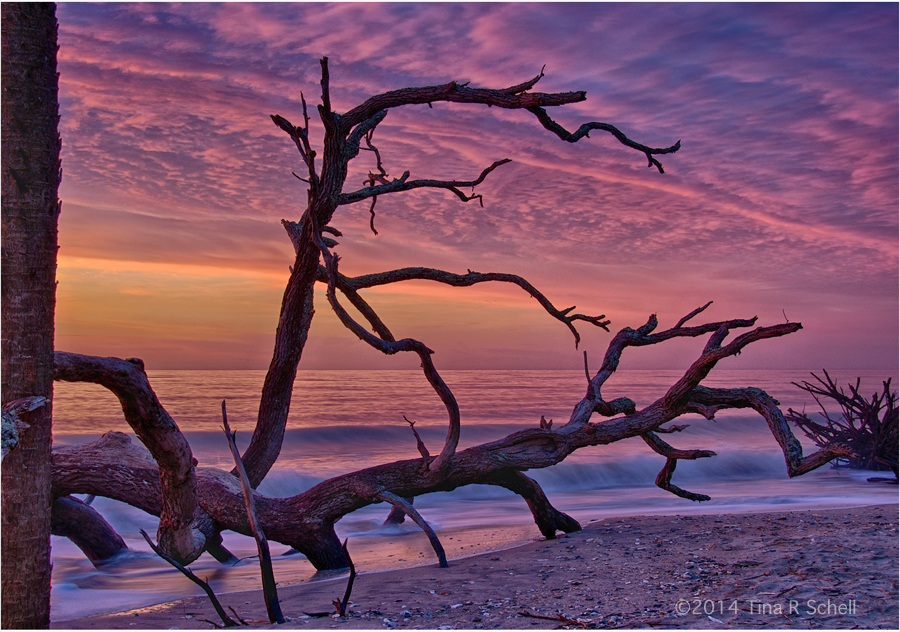 “A well-used minimum suffices for everything.”

A few people with whom I’ve shared these shots have asked me if I enhanced the colors. The answer is a resounding no.  In fact, I actually desaturated them a bit to tone down the brightness. It was literally the most dynamic, colorful sky I’ve ever seen. (For the photographers among us, I underexposed the sunrise shots to capture the sky’s colors and then lightened the shadows a bit in post processing). 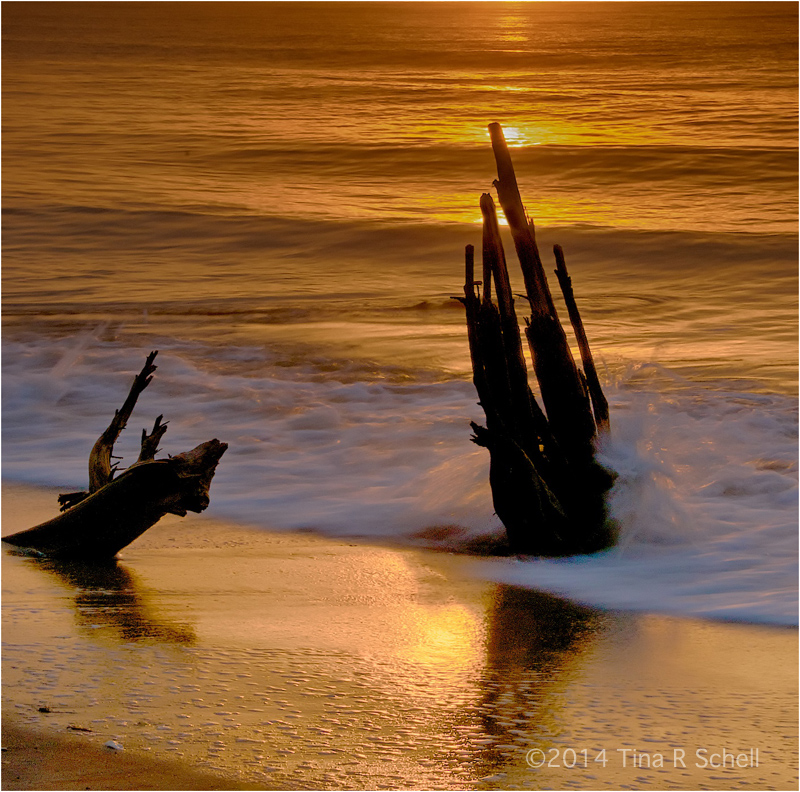 “If people who can fit all of their belongings in a backpack inspire you, you might be a minimalist.”

Isn’t it interesting how color can change the mood and feel of a photograph?  I’m looking forward to taking that concept a bit further in a future post, when I can share some B&W versions which I think are quite haunting; I hope you’ll stay tuned for that. In the meanwhile, if you’d like to see the minimalist interpretations of some other bloggers, click here.