“The colour yellow is a mystical experience shared by everybody.” 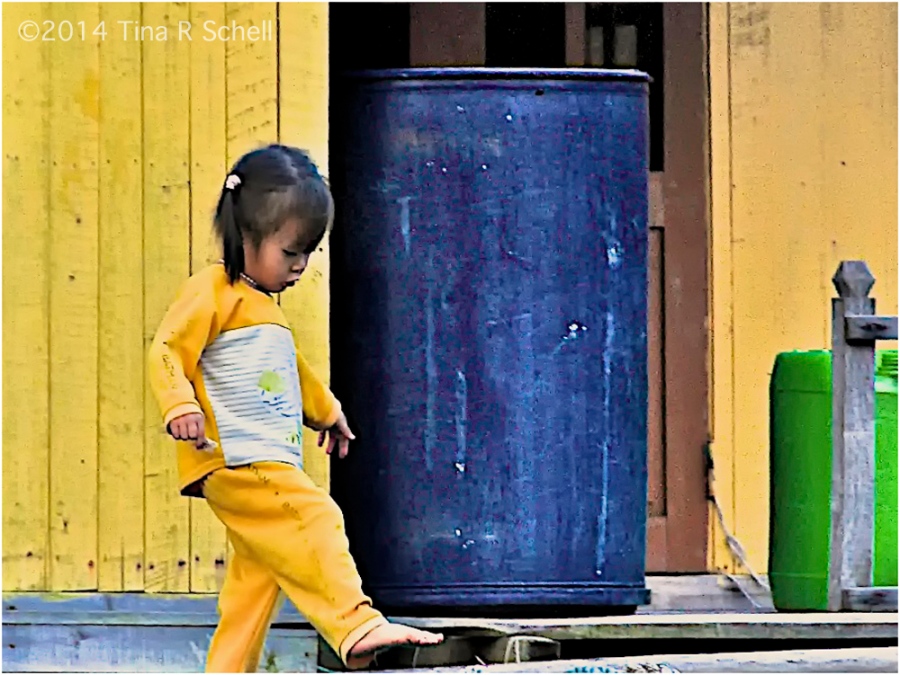 This week Krista believes her “Yellow” challenge presents us with a curveball, since the holidays around the world seem to include every color BUT yellow. In a rare example of color-challenge-coordination, I’ve also linked this post to Ailsa’s “Golden” Travel Theme. Coincidentally, as my husband is driving us north toward our family holiday celebrations, I am passing the time reading Color by Eckstut and Eckstut, a fascinating read full of beautiful photography as well as information on the history, science and physics of color – including, of course, yellow. Serendipity!

“There are not more than five primary colors (blue, yellow, red, white and black), yet in combination they produce more hues than can ever be seen.”

Color’s chapter on yellow offers some very interesting insights that are perfectly suited for a challenge about its many shades. For example, did you know that the sensitivity of the human eye is at its peak when viewing yellows and hence can see more varieties of this color than any other? According to the authors, scientists believe our prehistoric ancestors saw far fewer colors, and the human brain has evolved to its current state over time. They theorize we are extra-sensitive to yellow because it helped us to distinguish yellow fruits from the green leaves around them. 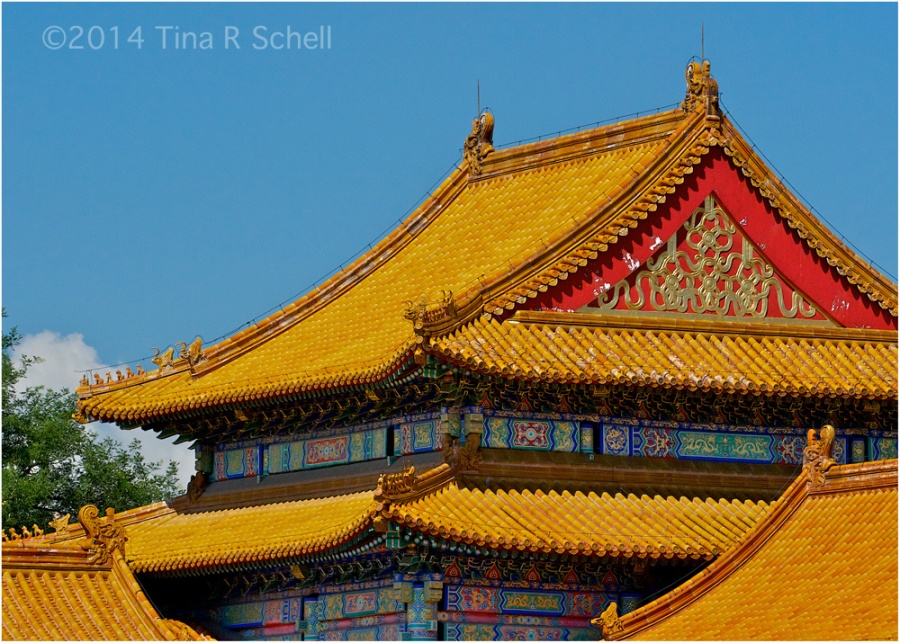 “A single leaf turns not yellow but with the silent knowledge of the whole tree.”

I’ve responded to this week’s challenge with some favorite yellow captures from my travels, a few of which I’ve posted before, several I’m sharing for the first time. My two opening shots are from a journey to Southeast Asia several years ago. The logical next stop was China, where Color tells us yellow plays an important cultural role – it was seen in China as a color superior to all others. From the 7th to the 20th centuries, only the emperor was allowed to wear its brightest form, while subtler shades were reserved for his sons. It was widely used in China’s imperial palaces, such as the one above.

“And the yellow sunflower by the brook, in autumn beauty stood.”

Beyond the imperial palaces, yellows can be seen throughout China in her golden rice and barley fields, as well as in the many bright yellow sunflowers that grow throughout the country. Above, a pile of discarded flower-heads probably used for their nutritious seeds or oils.

“Magic lies in between things. Between the day and the night, between yellow and blue, between any two things.”

Of course, the most obvious choice for a photographer is the golden glow of sunlight, seen above in one of the beautiful archways of Dubrovnik.  Color explains that the sun is not yellow or golden, it is actually white. A phenomenon known as Rayleigh scattering, which causes us to see the wavelengths of light as they hit the tiny particles throughout our atmosphere, is what causes us to see it as yellow or red. Further, the book explains what most photographers know, that complimentary colors (such as the blue of the window in the shot above or the mix of colors in the capture below) add significantly to our viewing pleasure.

“All of us are navigating our own personal yellow brick roads.”

Perhaps the thing I found most interesting in my reading is the varying degree to which different creatures see color. Bats, for example, see everything in shades of black and grey because they need vision only at night. The average human can see 10 million colors, which is fewer still than the average butterfly.  As colors evolved, their influence on our emotions became recognized and marketers and advertisers got into the game. A “color forecaster” has thus become an important cog in the wheel of product development and promotion. The advertisement above for a concert in Vienna takes advantage of this concept with its vibrant colors, including this week’s yellow.

“Hello heaven; you are a tunnel lined with yellow lights on a dark night.“

Yellows are prevalent throughout the natural world, and where better to experience them than in Africa. Above we see a beautifully-colored Heliconia Rostrata, below an African Crested Barbet and a majestic leopard. Each offers a different example of nature’s yellow varieties. 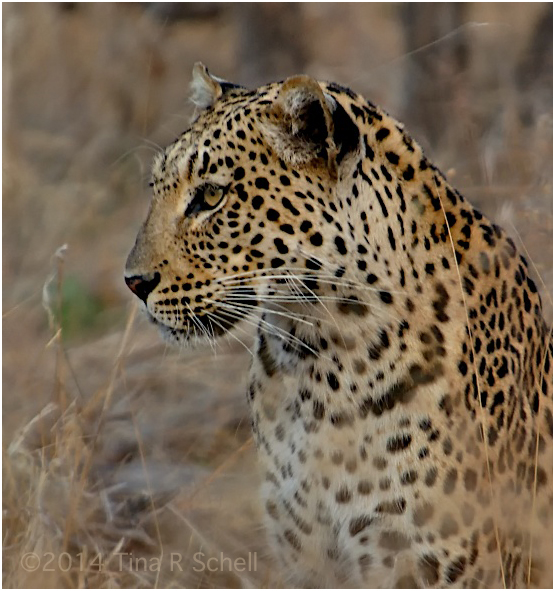 “Life is a loaded gun that looks right at you with a yellow eye.”

Finally, three examples of palest yellow from beautiful Buenos Aires and the nearby Mendoza Wine region. First, a young man waits on the steps of a crumbling yellow building. Following him, a small thoughtful gift at a grave that has been long-neglected. Last but not least, a nod to the ubiquitous yellow pencil 😊 and a golden toast to the best of holidays wherever they may find you.

BOY IN A DOORWAY, BUENOS AIRES

GONE BUT NOT FORGOTTEN

“Mystery is more evident in certain things than in others: in the sea, in the eyes of the elders, in the color yellow, and in music.” 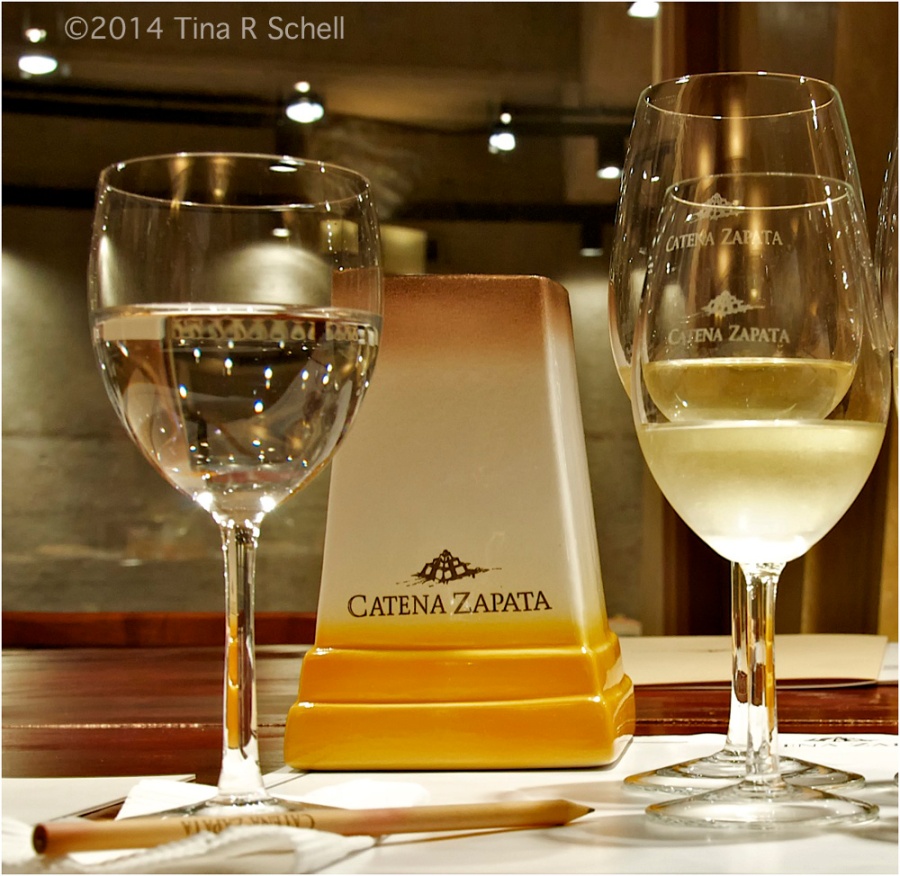 My best wishes to all for a safe and happy holiday season. With a grateful nod to the sisters Eckstut for their informative (and for me, timely) book, I invite you to see the yellows of some other bloggers by clicking here.

141 thoughts on “Weekly Photo Challenge: YELLOW (Around the World)”