“Nobody sees the person holding the camera.”

This week Erica asks us to explore anonymity – what do we see when our subjects’ faces are hidden. Like Erica, I enjoy working to show meaning even when facial expressions are unseen. In my opening capture, for example, the family members’ hand holding expressed their genuine affection for each other. I shot them in silhouette because it was more about the togetherness of the family unit than the individual members. 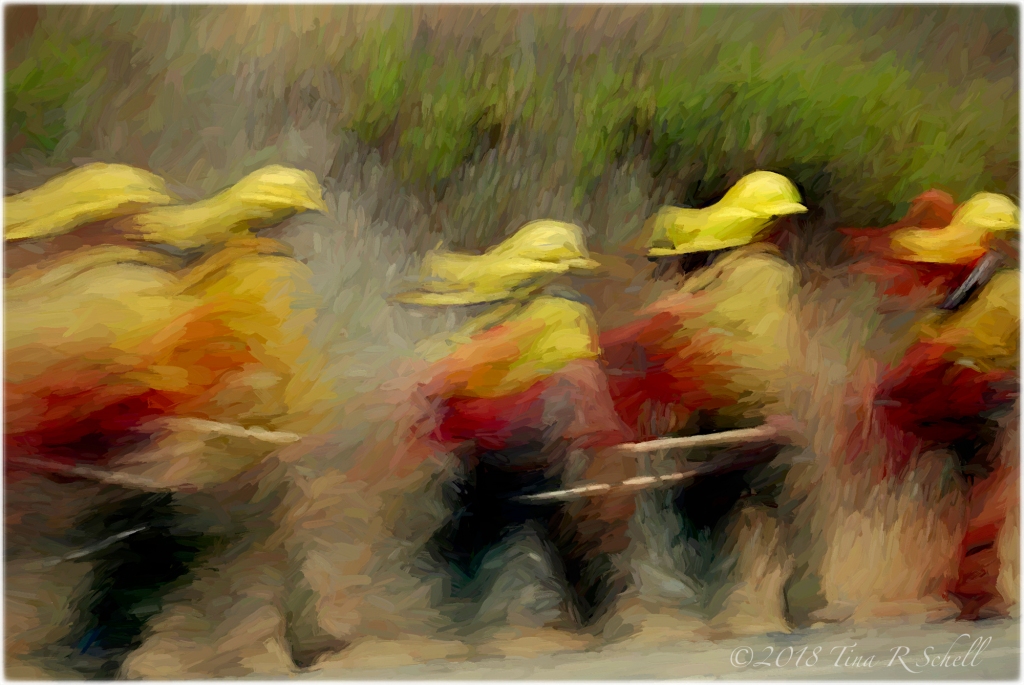 FIREFIGHTERS ON THE RUN

“We don’t need a cloak to become invisible.”

I created the capture above from a moving car as we were driving by firefighters running to fight a wildfire raging nearby. I loved the motion apparent in their hat flaps, and the unity of purpose shown by the single rope each of them held as they hurried by in a single file. To me the capture speaks to a sense of urgency and purpose as well as incredible teamwork.

BOY WITH A HAT

“Artists see the invisible before anyone else.”

The “boy with a hat” photograph above is one of my personal favorites. To me it captures a sense of the burden he carries, both literally and figuratively. Is his head down because of the weight of the sack on his back, or perhaps because there is so little for him to look forward to? In either case, as a  photographer it was to me a moment that demanded preservation.

“To be invisible, you need to be visible.”

OK, I’ll admit it. I included my final capture above because these babies are just too adorable NOT to be included! They are the grandson and granddaughter of two good friends who honored me with a request to do a photo shoot of their family. I was reminded of the old commercial line “When EF Hutton talks, people listen.” Do you suppose it was a stock tip being shared, or more likely a suggestion on how to sneak down to the ocean when no one was looking?! 😀

I particularly enjoyed this week’s “Face in A Crowd” challenge and hope you did too.

Note: For today’s post I’ve chosen to further increase the anonymity of the subjects through the use of impressionism in post-processing. For those who are interested, here are the original captures.

78 thoughts on “The Great Unknown(s)”