“May there be no end to the sea, to the sand, the splash of water, the glow of the sky, the prayer of man.” 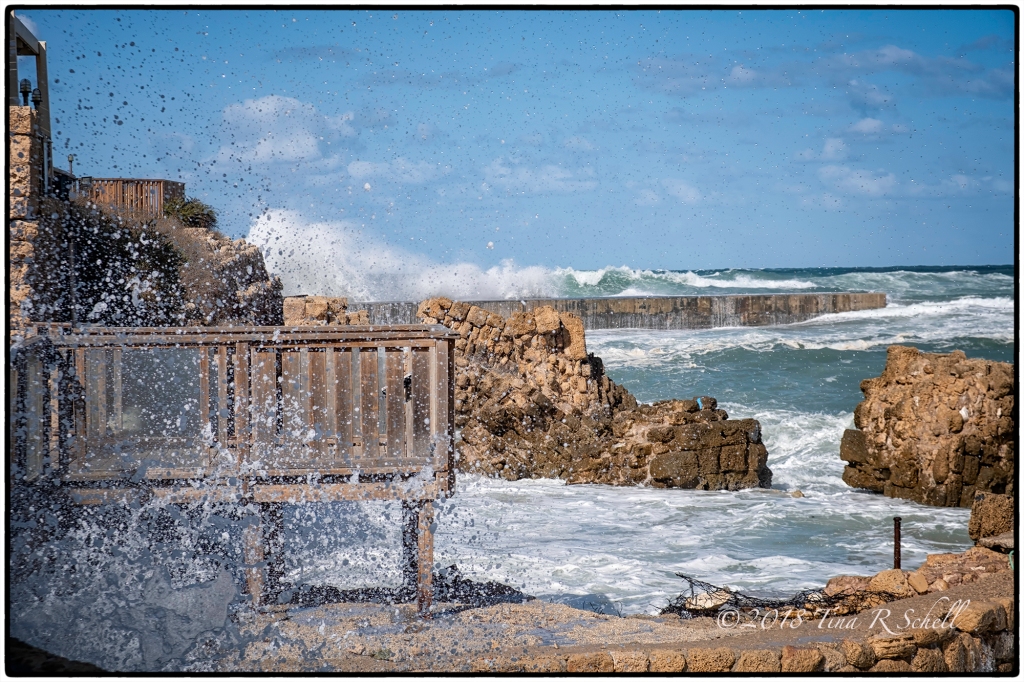 TOO CLOSE FOR COMFORT

Patti’s “SPLASH” challenge made me think of our recent visit to ancient Caesarea in Israel. The ruins there date back to the time of King Herod, who in 25 BC built a mighty port city – eventually brought to ruin by the Crusaders in the 7th Century. On the day of our visit the sea was incredibly (and unusually) rough – entertaining tourists by splashing mightily against the buildings (above) and the rocks (below). My lens, which happily had a UV filter attached, was fine after a few wipes with a handy lens cloth 😊.

“Unless you paddle for the wave, you’ll never know if you can catch it.”

The sea was much quieter during our visit to Jaffa, another of the world’s oldest port cities.  It is mentioned several times in the Old Testament, including its location as the port from which Jonah sailed before meeting the whale. Archaeologists have discovered evidence that the city was inhabited as early as 7500 BC. 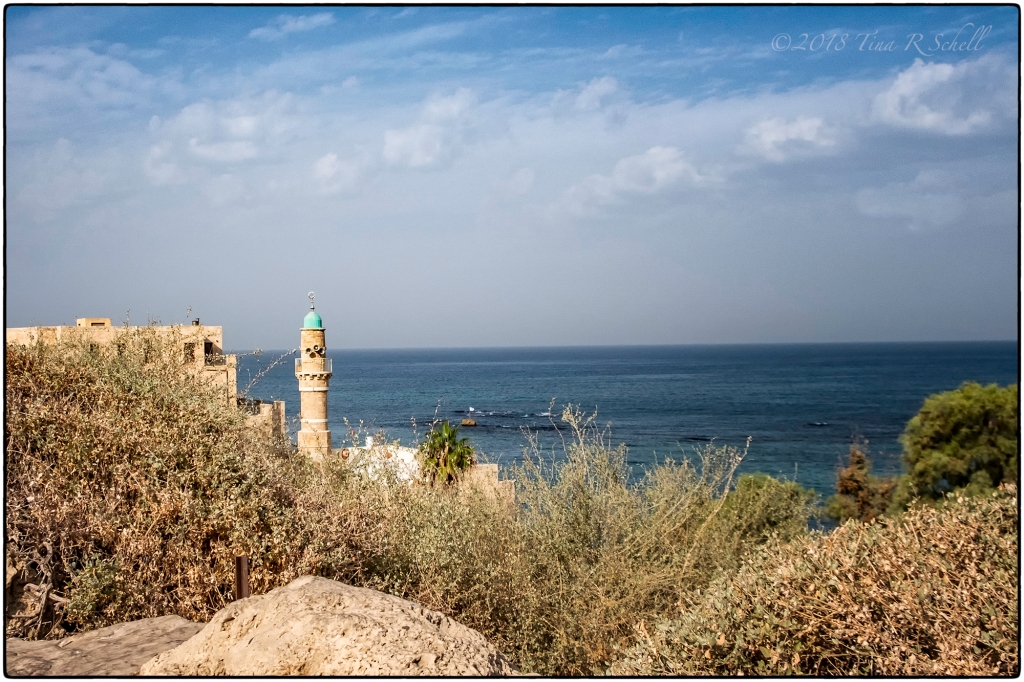 “The breaking of a wave cannot explain the whole sea.”

Although rough seas and big waves can be fun, even thrilling, the peace and calm of a quiet sea at sunset is food for the soul. The scene below followed an incredibly busy day of touring.  Our guide drove like a crazy person to get us back in time to see the golden orb sink below the hills surrounding our hotel.  His effort was greatly appreciated as we enjoyed the serenity of the evening on the beautiful shores of Galilee.

“My soul is full of longing for the secret of the sea.”

Finally, I’ll close with a bit of fun. Full disclosure – I did NOT take the photo that follows. In fact, that’s me in the black hat splashing sand into the air at the request of our guide at Wadi Rum in Jordan. Apparently he felt the need to have us remove our shoes, get on our knees, and splash sand in the air while he captured the moment. I must admit it felt really good, but then I was on the left and the wind was blowing to the right! 😀

““Are we etched in stone or just scratched in the sand waiting for the waves to come and reclaim the land?”

Like many others, this week I spent the Thanksgiving holiday surrounded by family.  In my case this meant braving the “friendly skies”, and dealing with much colder weather, but as always well worth the effort. I have much for which I am thankful, and hope all of you can say the same. Wishing you all the best of the holiday season.

All images created with Fuji x-t2