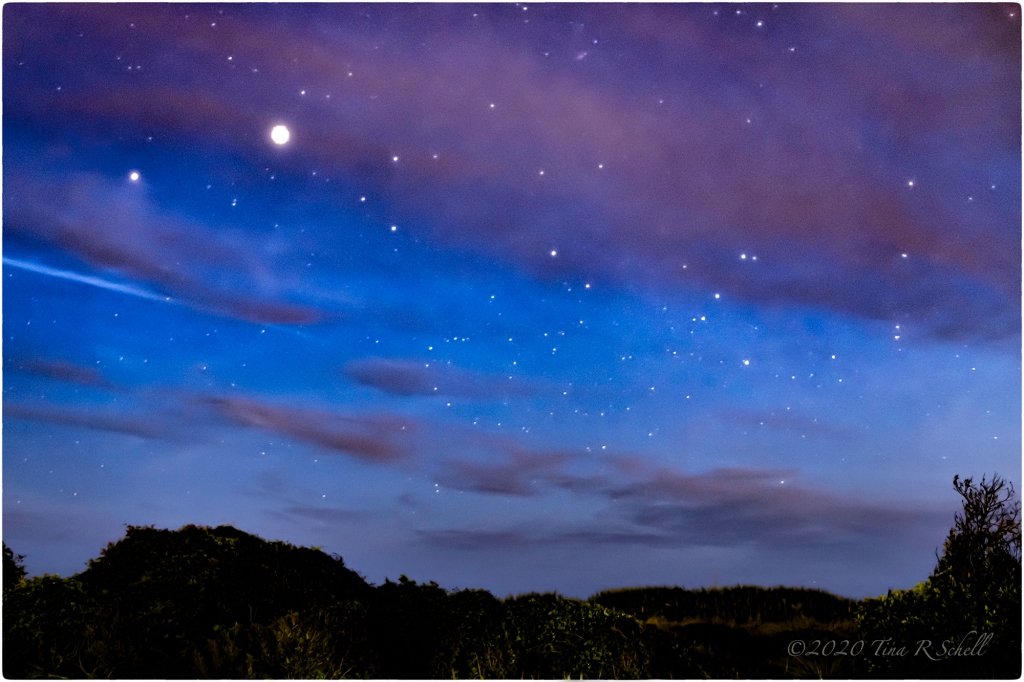 “May your choices reflect your hopes, not your fears.”

This week Ann-Christine has graciously given us several words from which to choose in response to her challenge. I’m opening with two images I captured last week of a sky crowded with stars. (Do you see the heart of stars near the center?! ) Our photography club had a group photo shoot – socially distanced of course – to try to capture the Milky Way. Unfortunately it was a very cloudy evening and sadly we saw NO stars whatsoever, much less any of the Milky Way. We stayed out for 3 or 4 hours but the sky never cleared and we all left quite disappointed. As an aside, we did have a glorious, unusual sunset which I’ve used as this week’s header image.

“It’s the choices we make that define who we really are.”

At around 10 pm I got home and processed my images, hoping against hope that I’d somehow captured something reasonable. Well what do you know….it turned out there were TONS of stars in every image and even a bit of the Milky Way (sadly the most cloud-covered part of the sky). It was an excellent example of what you see is not necessarily what you get with night shooting.  It was also a great learning experience which I will definitely try again on a clearer night. In the meanwhile, I managed to get several images crowded with stars in the cloudy skies. A lovely surprise that raised my enthusiasm for night shooting, it also provided me with an opportunity for growing my knowledge of photography techniques 😀. 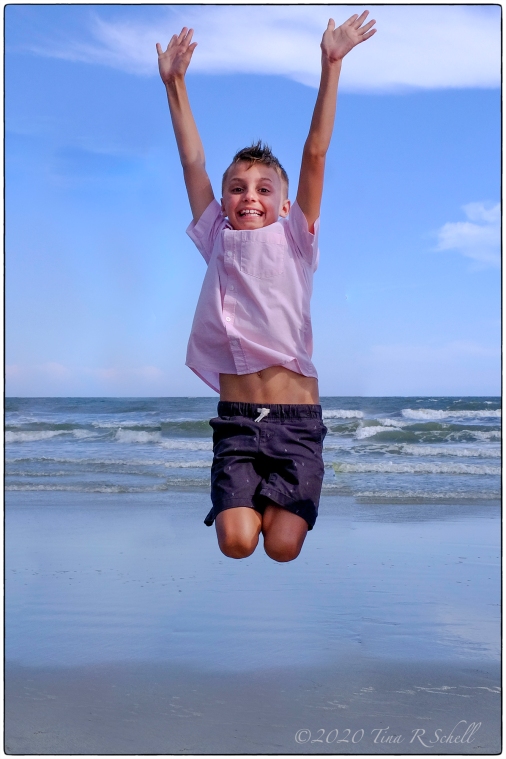 “We are free to choose our paths, but we can’t choose the consequences that come with them.”

Recently I posted some images from a family shoot I did for a friend here on Kiawah. At one point I asked the children to show me their best jump at the ocean’s edge. Apparently their grandson really enjoyed the challenge and nearly reached the sky with one of the most beautiful smiles I’ve seen in some time. Pretty much a visual definition of Ann-Christine’s word exuberant.

This week’s final image shows my sunroom orchid framed by our backyard trees. When I saw the sun coming through the trees I thought it might create a nice bokeh background for the flower. Normally it would have been a passing thought but this time I took a moment to grab the camera and the image above was the result. The orchid has been growing beautifully since it was loaned / gifted to me by a good friend who was leaving for the summer. It is thriving in our sunroom; I’ve never seen so many blooms on a single orchid! I’m working hard to keep the orchid alive for my friend’s return in mid-September. So far so good 😀

Thanks to Ann-Christine for her interesting challenge, and to all of our followers for your continued support. We look forward to seeing your word choices for the week and the ways in which you respond to them. Please remember to link your responses to Ann-Christine’s original post here, and to include the Lens-Artists Tag to help us find you. Finally, we’re excited to announce that next week’s challenge will be hosted by Rusha Sams of Oh The Places We See. Be sure to check out her blog and watch for her post next week. Until then, as always Stay Safe and Be Well.