“Sit in reverie and watch the changing pattern of the waves that break upon the idle seashore of the mind.”

This week’s photo challenge is “Patterns”, while Ailsa’s Travel Theme is “Beaches”.  I found the two challenges complimentary and have combined them in today’s post.  The photo above was taken on a beach in Eastern Canada’s Prince Edward Island.  I found patterns there in the ridges left by the tides on the amazing red sand, and of course in the colors of the double rainbow that appeared after a sudden rainstorm.

In beautiful Dubrovnik, patterns appear in the colors of the ocean, in the waves breaking along the rocky shore, and in the lovely orange rooftops of the homes throughout the city. 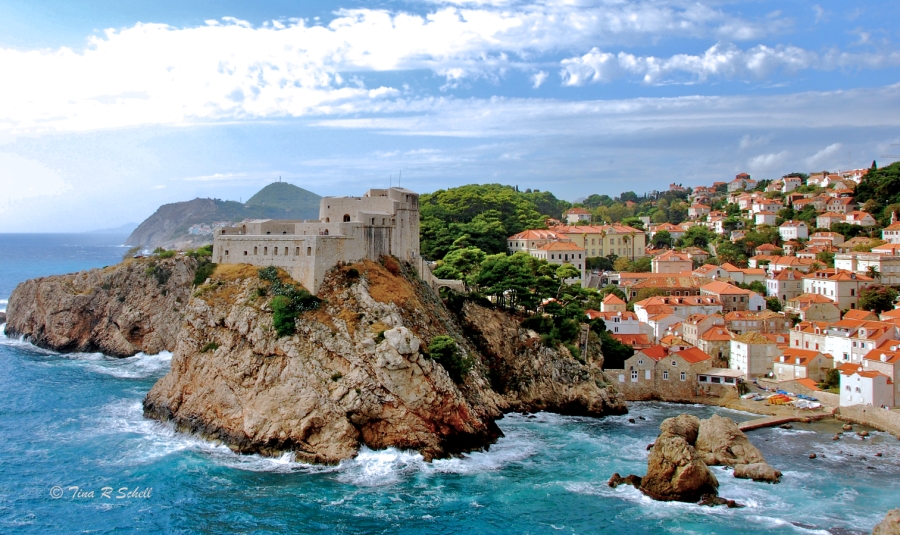 ” Find beauty not only in the thing itself, but in the pattern of the shadows, the light and dark which that thing provides.”

Along the Costa Brava, there are patterns in the way the fingers of land jut out into the sea, in the rows of flowers that grow beside the cliffs, and in the curves of the mountainous roads that caress them.

“Life has loveliness to sell, all beautiful and splendid things, blue waves whitened on a cliff, soaring fire that sways and sings, and children’s faces looking up.”

Here in the states, the Pacific coast is known for its remarkable beauty, shown here on the rocky beaches of Mendocino.  Again, patterns are everywhere – in the way the waves crest over the rocks, in the lines of wildflowers the dot the landscape, and in the details of the rocks as they’ve eroded over the years.

For me though, the beach closest to my heart (and to my door) is our beautiful beach here on Kiawah Island.  Our little island has been recognized many times these past few years.  It was named by National Geographic Traveler as the second most romantic beach in America; by the Travel Channel as a Top 10 beach for Families; by   Bride’s Magazine as one of the best honeymoon destinations, and by Coastal Living as the happiest Seaside Town in America.  Without further ado then, some of my favorite photos of our lovely beach.

BIRDS AT THE BEACH

PATH TO THE BEACH

SUNRISE ON THE BEACH

FULL MOON OVER THE BEACH

Thanks for visiting our little piece of heaven here in South Carolina – and happy weekend to all!