“Whoever won the war, would revise the history.” 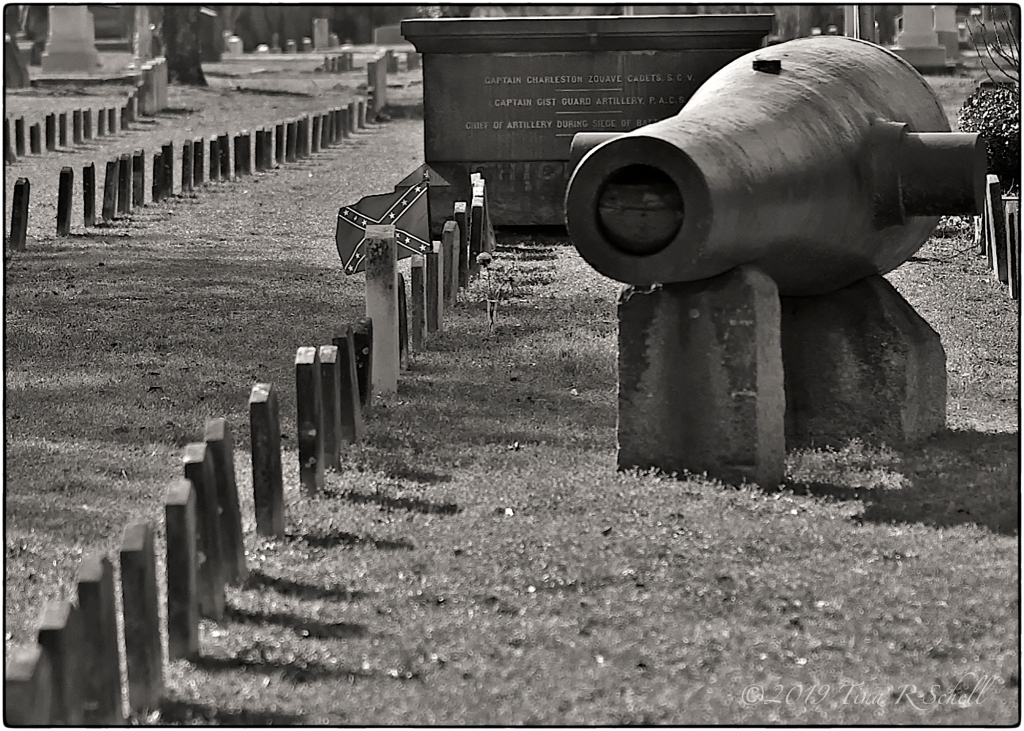 This week Patti has challenged us to share our perspective on a moment in history (read her challenge here). Having recently seen the WWI movie “They Shall Not Grow Old” by Peter Jackson, I thought I might focus a bit on something in the same vein which has had immense importance here in the south, the American Civil War.  The war, which lasted four years (1861-1865), resulted in over a million casualties – 3% of the total population at the time. The numbers include soldiers who were killed in battle and the many more who died due to disease (smallpox, yellow fever, dysentery and malaria were rampant in the camps) as well as over 50,000 civilians. The US National Park Service puts the number closer to 2,000,000, as the official record did not count as killed those who were seriously wounded and sent home only to die shortly afterwards.  Whatever the actual number, even the lowest estimates account for more American deaths than all other US wars combined. 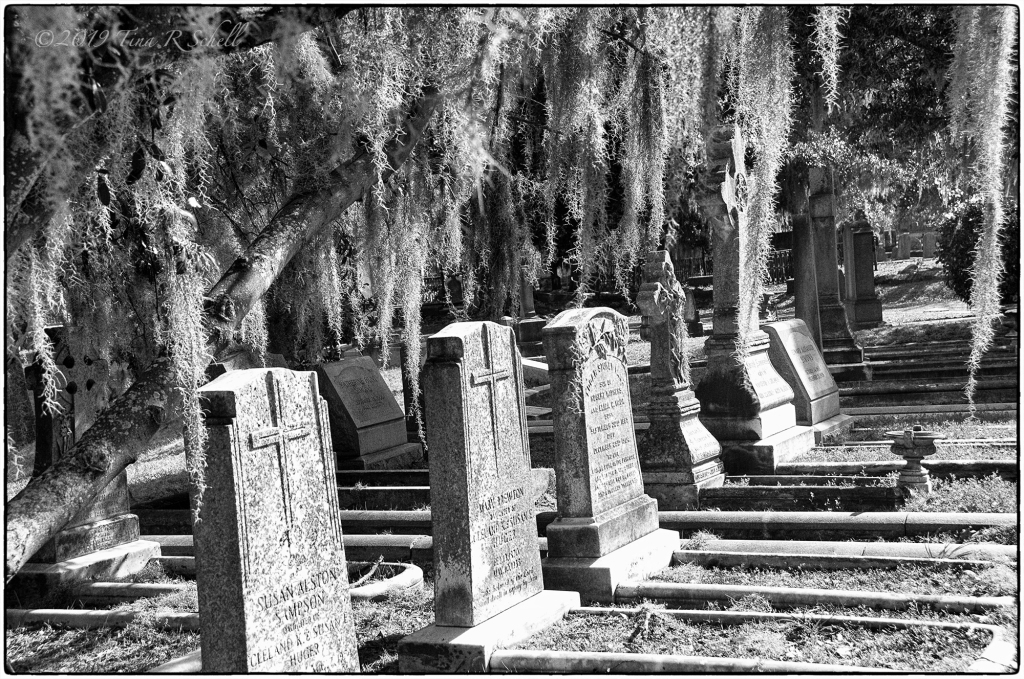 GONE BUT NOT FORGOTTEN

Until the horrors of WWI, the American Civil War was one of the bloodiest wars in human history. Because injuries to limbs most often resulted in gangrene, amputation was the treatment of choice. Many of the field medical personnel were untrained and were completely overwhelmed by the sheer number of wounded at any given time. The injured were sometimes left lying in the field of battle for several days or up to a week before being treated. Many of the combatants were friends or even relatives who fought for different sides – sometimes young teens posing as having reached the mandatory age of 18 and sometimes young girls disguised as young men.

Magnolia Cemetery, located just outside of Charleston, is a final resting place for many Civil War veterans, including hundreds of Confederate soldiers and 5 of their generals. It is incredibly rich with local history dating back to its foundation in 1850. Many of the graves of those long-ago soldiers are still carefully tended, often decorated with Confederate flags and flowers. While we may disagree with their cause, recognition of their courage and commitment is surely their due.

“Only the dead have seen the end of war.”

Lieutenant George Dixon, whose grave is pictured above, is quite famous in both local and naval circles as the captain of the H.L. Hunley, the first submarine ever to sink a ship in warfare. The submarine successfully torpedoed and destroyed the Union’s USS Housatonic, but it then sank with all of its crew members aboard. Following years of searching, the sub was found intact at the bottom of Charleston Harbor in 1995 by a team led by adventurer/author Clive Cussler. Archaeologists raised the sub 5 years later, taking it to a special facility where it has been extensively researched.  Scientists speculate that the crew (whose remains were found on board) may have died of pulmonary hemorrhage (ie. ruptured lungs) from the shock waves of their successful torpedo’s explosion.

Interestingly, Lt. Dixon’s watch (found on board) stopped at exactly 8:23, the approximate time of the Hunley attack.  In addition, there had long been a southern legend that Lt. Dixon’s fiancé gave him a lucky gold piece when he left for the war, and that it had stopped a bullet to save his life when he was shot in the Battle of Shiloh. During excavation a gold coin was found on Lt. Dixon’s hip bone. It was warped by the impact of a bullet and inscribed “Shiloh, April 6, 1862, My life preserver, GED”. How cool is that? 😊

“All wars are civil wars because all men are brothers.”

I will close with a recommendation that if you haven’t see the Jackson WWI movie you absolutely should. For a photographer, it is fascinating to see how he has transformed the original footage from WWI battles into a present-day technology movie – going so far as to hire lip readers to translate the soldiers’ conversations and coloring the uniforms exactly as they would have appeared. The movie can sometimes be difficult to watch in light of the fact that the images are real-life films that often portray the horrors of war.  But I honestly believe anyone who does see it will feel even more deeply the cruelty, inhumanity and senselessness that is war.

Thanks to Patti for giving us an opportunity to highlight historic moments both large and small. Hope to see you next week when Ann-Christine hosts Challenge #38.